Svensson performs crop trials all over the world. Screens are tested and evaluated to ensure top performance. Important input for research and development of tomorrow’s solutions is provided from America, Asia and Africa.

Svensson was involved in two complex trials in the state of Florida. These were carried out by the University of Florida (Gulf Coast Research and Education Center) and at Brite Leaf Citrus Nursery in Lake Panasoffkee. The objective of the studies was to reduce air and plant temperature as well as to improve the quality of the plants with the aid of diffuse shade screens instead of traditional black or metallic shades. The background of the trials being that black and/or metallic shade screens don’t adequately distribute light. Some plants get more light than others as a result. For that reason, growers often have to move the plants regularly.

This labour-intensive activity is rendered unnecessary with diffusive white Harmony O E screens, which distribute the light better with a greater degree of consistency. They even foster plant growth. At Brite Leaf, three trials were set up using Harmony 5120 O Eand a 50% metallic shade). The shades were pulled over the greenhouses. 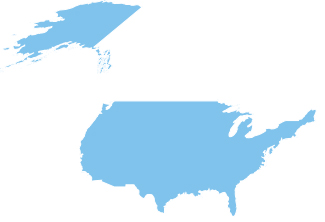 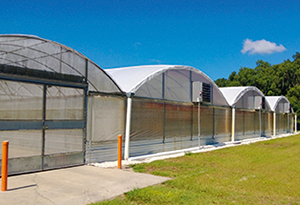 The conclusion is that the diffuse light from the Harmony screens produced a better indoor climate. In turn, this affected the plants’ quality and consistency. A significant fall in average and peak temperatures was observed throughout the testing period. Lower temperatures could lead to less use of water and a more comfortable climate in which to work. The researchers from the University of Florida came up with similar results: temperatures with the diffuse Svensson Harmony (6420 O E) were 5°C cooler than with a 60% black shade (Greenteak) and 2.5°C cooler than metallic 60% metallic (Aluimnet) shade.. Peak temperatures were reduced from over 40°C to 35°C. The study also recorded a reduction in the temperature of the leaves and the soil in the greenhouse using the diffuse screen.

Read more about the trial

Growing practices need to improve in China. The rapidly growing middle class is demanding safe, nutritious food. Moreover, the number of mouths needing fed on a daily basis is on the rise. The demand for quality, quantity and safe food is therefore presenting unprecedented opportunities for the horticulture industry. A demo project in Shouguang entailed Dutch technologies being integrated into a typical Chinese solar greenhouse in order to bring about a better climate and therefore higher crop yields. This project was completed successfully last year. Crop yield from these typical Chinese greenhouses is low and the crops are vulnerable. 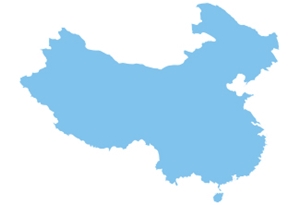 From the perspective of the Dutch government, research institutes and the business community, this project was carried out because it would not (or not yet) make sense to set up the high-tech greenhouses similar to those in the Netherlands over there. “Solar greenhouses are the norm, and that won’t be changing in the near future”, states NAFTC (Netherlands Agro Food and Technology Centre) on its website.

Incidentally, this project entailed cooperation with the China Academy of Agricultural Sciences. Svensson collaborated on optimizing the solar greenhouse by means of screens. Ordinarily, a Chinese grower would work with a so-called insulation cover, which can be rolled out over the exterior. The downside of this is that the plant is plunged into darkness, inhibiting photosynthesis and growth. Svensson installed a moveable Luxous energy screen in this unheated greenhouse to enable heat from the afternoon sun to be preserved, thereby achieving a slightly higher night temperature. Similarly, the Luxous 1347 FR screen helped the greenhouse to heat up more swiftly with the morning sun in the early morning. Increased light and a warmer indoor climate means higher production during the winter. This year the project continued with a solar greenhouse built at the Greenport Horti Campus in Oostland (Bleiswijk). Svensson is involved in this project too, installing an energy screen. The aim is to provide Chinese growers with further research and training.

Read more about the trial 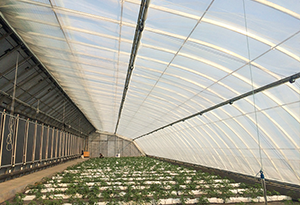 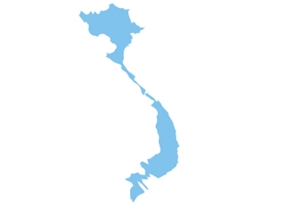 In Vietnam, six greenhouse trials were set up around the city of Dalat to improve growing in greenhouses and in particular to speed it up as well. Tomatoes, peppers and lettuce are being cultivated there. Just as in neighbouring China, the growing population needs to be fed with greenhouse vegetables that are stable in terms of their high quality. Nonetheless, the problem is that this region is home to myriad small producers who do not have any knowledge of modern production methods and also lack the means to invest in these. The sample greenhouses were constructed using foil. Only they are taller than the traditional foil greenhouse and better ventilated. This contributes to producing a better growing climate. Vietnamese growers are being taught how to combat diseases, to create a brand for their products, as well as to work with screens.

For example, inexperience resulted in screens being closed too quickly, resulting in overly vegetative cultivation. “We have increased the light intensity and temperature. Now the plant’s equilibrium has been nicely restored”, says René van Rensen, R&D Crop Director at Fresh Studio. Established in Vietnam and comprising Dutch staff, this consultancy firm is heading up the project. Another important aspect is that the trial greenhouses are being used for practical training of current and future growers and as a demonstration centre showcasing all the possibilities. Over an eight-day period 150 pepper growers and 155 tomato growers were trained on using modern greenhouse technologies. At the end of last year it was established that the project had fulfilled expectations and the first vegetables were of a good standard of quality.

“Nearly throughout the year the days are equally long. Svensson’s screen fits in really well on account of its white and open structure.” 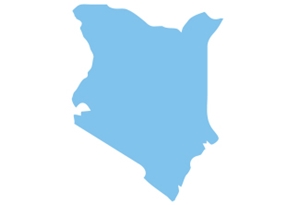 By Lake Naivasha in north-west Kenya there are huge greenhouse complexes where roses are grown. On the grounds of Maridadi Flowers (Kneppers Roses) and Kreative Roses (Kordes) a number of Dutch firms and research institutes were involved in the Green Farming project. The aim of the project was to trade knowledge and experiences so as to render the cultivation of flowers considerably more sustainable. In other words, using less water for each stalk and less chemicals. Furthermore, the production and quality of the flowers was to be given a boost through the use of modern (cultivation) knowledge.

For Maridadi, the fundamental principle was better colour for the various species of roses, whereas at Kreative Roses managing the radiation levels was important for improving the quality of the standard roses’.. In order to achieve this at both complexes. the tests were performed using screens from Svensson’s Harmony family (Harmony 3015 O). Why? Kenya, situated in East Africa, has a tropical climate. This is influenced by the Indian Ocean and by the fact that the country is close to the equator. Hence it is dark for pretty much the same amount of time as it is light, and the days are about the same length throughout the year. Svensson’s screen fits in perfectly with this due to its white and open structure.

When installed over the roses it ensures correct ventilation, light distribution and shade. Another aspect of Green Farming entails looking at vegetable growers. The Growing Solutions Kenya project was kick-started under the Green Farming flag during the latest Naivasha Horticultural Fair. It supports small and medium-sized vegetable growers. In the Latia Resource Centre three demos were set up exhibiting contemporary greenhouse technologies in combination with local production conditions. The three greenhouses varied from a straightforward Basic module to a slightly better Plus module and a modern Advanced module. This was done to allow more experienced growers to work in a slightly better greenhouse. The latest greenhouse features a moveable screen. They are subsequently trained to use cultivation technologies in order to grow more sustainably and in particular more productively as well. 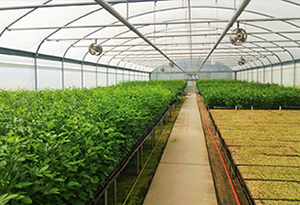 See what other growers are saying about their new climate