One important parameter in a good greenhouse climate is the temperature. It can't get too hot, nor to cold. A perfect balance is good for both your plants and your business.

Too much sunlight heats the greenhouse and the crop to undesirable levels. For most crops, photosynthesis slows down at temperatures above 30oC. At higher temperatures much of the carbohydrates are spent on maintenance, with few leftovers for plant tissue formation.

When the temperature is too low, plant growth, fruit and flower formation slow down.Greenhouse temperatures can drop quickly in the event of cold nights, strong winds, rain or snow.

Too low of temperatures:

Too low of temperatures:

Cut down your heating costs

It’s one of the smallest investments in a greenhouse. And yet, the right climate screen not only has the biggest impact on the quantity and quality of your crop, but also your bottom line. In fact, with energy bills on the rise, it’s reassuring to know that our screens can help you cut back dramatically on heating expenses.

Our screens use films and foils, which block outgoing radiation. Basically, this means the aluminum laminate strips take up heat without giving it away. So when closed at night, the screens trap the heat. The result? A 43% to 75% cost reduction compared to a greenhouse without a screen. And remember, the more aluminum the higher the savings.

Keep the temperature up – or down

In unheated greenhouses, our screens trap as much heat as in heated greenhouses, which means a nighttime temperature that’s 3 to 5°C higher. This stimulates plant growth and protects against frost. We know our screens are helpful in keeping the temperature up. The opposite is also true. A pad and fan cooling system will, in addition to creating a better growing climate, save you precious energy. Here’s how it works: As the screen lowers the heat input from outside to inside, the system has to run for fewer hours to achieve the same drop in temperature. Read more about how to shade.

You should aim for as many screen hours as possible – especially during the night when screen usage has no affect on light loss. This way the value of the energy saved exceeds any production losses due to the minor light loss of screening. In practice this means the screen remains closed after sunrise until a predefined radiation level is reached and is closed again before sunset when radiation drops below a predefined level. Remember to keep the screen closed at sunset, when the radiation losses are the biggest due to low sky temperature.

Daytime, without artificial lights, the screen will be in the open position throughout most of the daytime to allow maximum light into the greenhouse. This is also the case with low outside temperatures. In practice this means that the screen will be opened in the morning, within 1 hour from sunrise, and closed again 1 hour before sunset. The exact moment of opening and closing varies with the solar radiation level. Remember to keep the screen closed at sunrise, when the radiation losses are the biggest due to low sky temperature.

Opening the screen in the morning

After sunrise, when radiation levels exceed a set value, the energy screen should be opened to take advantage of the available sun light. At this point it can still be relatively cold outside. To prevent a sudden temperature drop in the greenhouse, open the screen gradually – in stages. By doing that you also avoid condensation on the plants, which has a negative effect on growth. 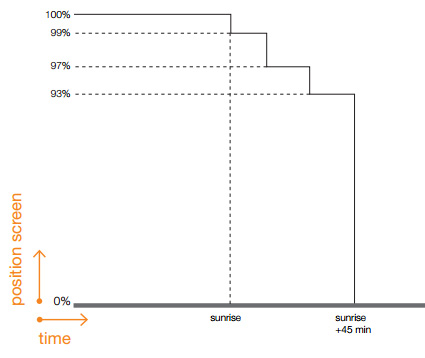 During these 45 minutes the heating system will increase the water temperature in the pipes and adjust to the situation with the screen open. Together with a small screen gap of 1–7%, this results in a more controlled air exchange above and below the screen, minimizing the drop in greenhouse temperature. 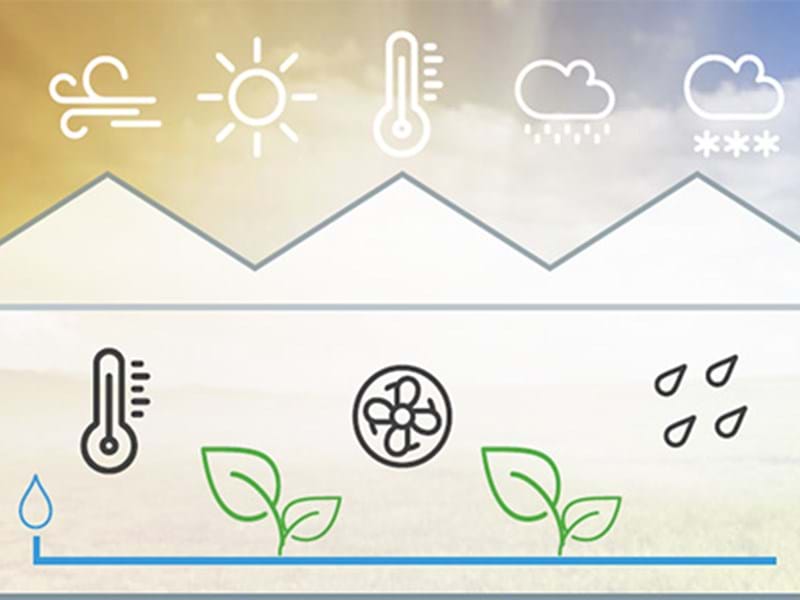 Plant growth and development is a complex process, strongly influenced by the greenhouse environment. 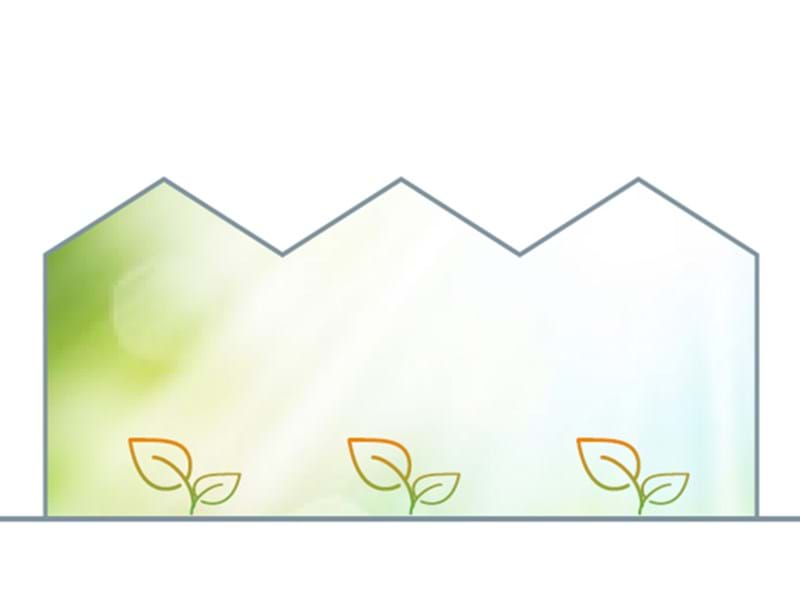 The sun, a source of light and warmth, is every grower’s best friend. 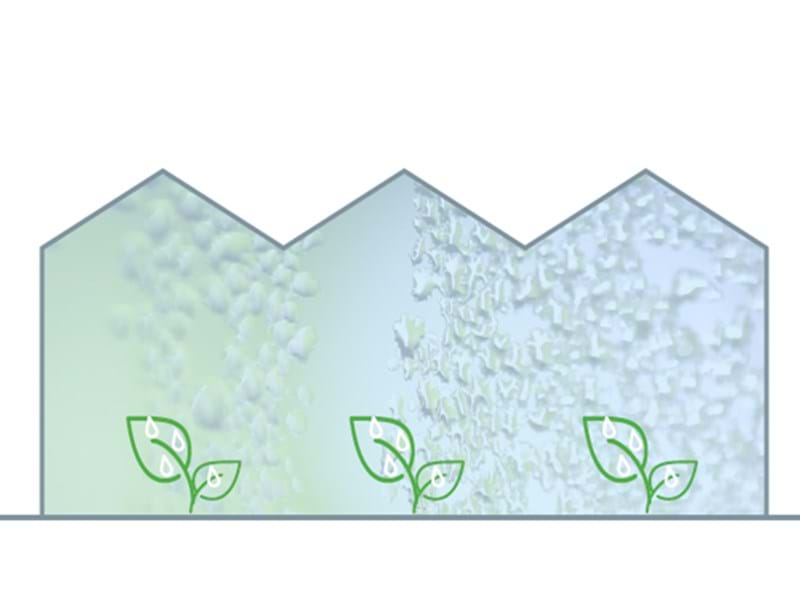 A rain of condensed water drops in a greenhouse could be fatal, even deadly and must be avoided.