Efficient heat savings during the winter 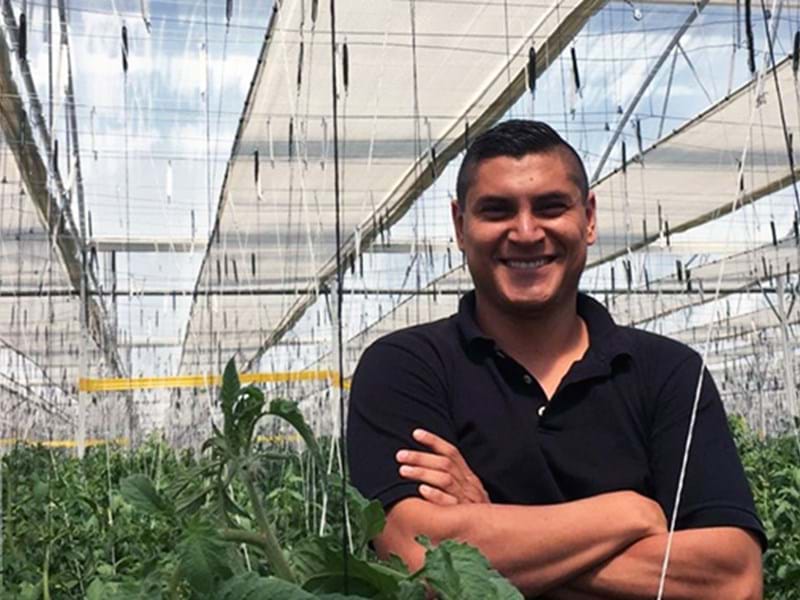 Efficient heat savings during the winter

Veggie Prime, which is located in the Agropark in Querétaro, Mexico, began operations in 2013 producing high quality beefsteak tomatoes for the US and Canadian markets. Eng. Gustavo Ramirez , the engineer in charge of production, was well versed in the use of greenhouse climate screens, with experience using screens for the production of other crops.

When Gustavo joined Veggie Prime, the nearly 3 Ha greenhouse was equipped with a double-layer diffuse plastic that provided 45% shade in addition to a HARMONY 3045 light-diffusing screen that provided an additional 30% shade.

Gustavo uses the closed HARMONY screen more extensively during the winter, as part of his heating strategy. “I use the screen when the exterior temperature drops to between 12°C (54°F) and 10°C (50°F), this allows me to reduce the use of heating.”

“Thanks to the HARMONY 3045 screen, I’m alert and able to quickly respond to the frequent climate changes that are specific to our geographic area, especially at the end of the winter and in the beginning of spring, when we have a mix of both very cloudy days and days where we have high light intensity, which over stresses my plants. The plants are not able to adapt quickly to these abrupt changes.”

"For new crops, when the plant is small, I use the screen during the afternoons to avoid the plant from stressing over a lack of water, ultimately avoiding Fitium problems."

“I’ve decided to replace the double-layer diffuse plastic with a single layer of transparent plastic, which will be beneficial in the winter when there is less light, using the screen as second layer to save energy and for shading with a better quality of diffuse light in the summer,” concludes Gustavo.