Big Marble Farms is not only one of Alberta’s largest greenhouses, but they're one of the first operations in Alberta with the ability to grow fresh produce on a year-round basis. As the first grower in North America to install Svensson’s new Luxous 1147 FR, Big Marble looks towards the latest cultivation technologies to uphold their outstanding quality and to be ‘Always Growing,’ a mission that is rooted deep in their culture.

Located in the city of Medicine Hat in Alberta, Canada, Big Marble Farms is conveniently positioned along the Canadian Sunbelt which receives on average well over 2,000 hours of sunshine annually. Despite being nestled in one of the sunniest cities in Canada with over 330 days of sunshine a year, it is still not sunny enough to compensate for the harsh chill that the cold Alberta winters bring.

This, however, is hardly a roadblock for the impressive operation's commitment towards growing healthy and vibrant produce 365 days a year. The premium quality Mini Cucumbers, TOV Tomatoes, seedless English Cukes and Beefsteak Tomatoes that are produced at Big Marble Farms 1.5 million sq. ft. State-Of-The-Art greenhouse, are as ripe and tasteful in the middle of the winter, as they are in the middle of the summer.

As Alberta’s largest greenhouse to operate 365 days per year, Big Marble Farms’ consistent greenhouse climate is regulated using the latest technologies which enable the operation to provide fresh, local produce 52 weeks out of the year. The growing climate remains consistently warm throughout the year with the help of innovative technologies including Svensson’s new and highly transparent Luxous 1147 FR energy screen, which was installed at Big Marble in the fall of 2016. 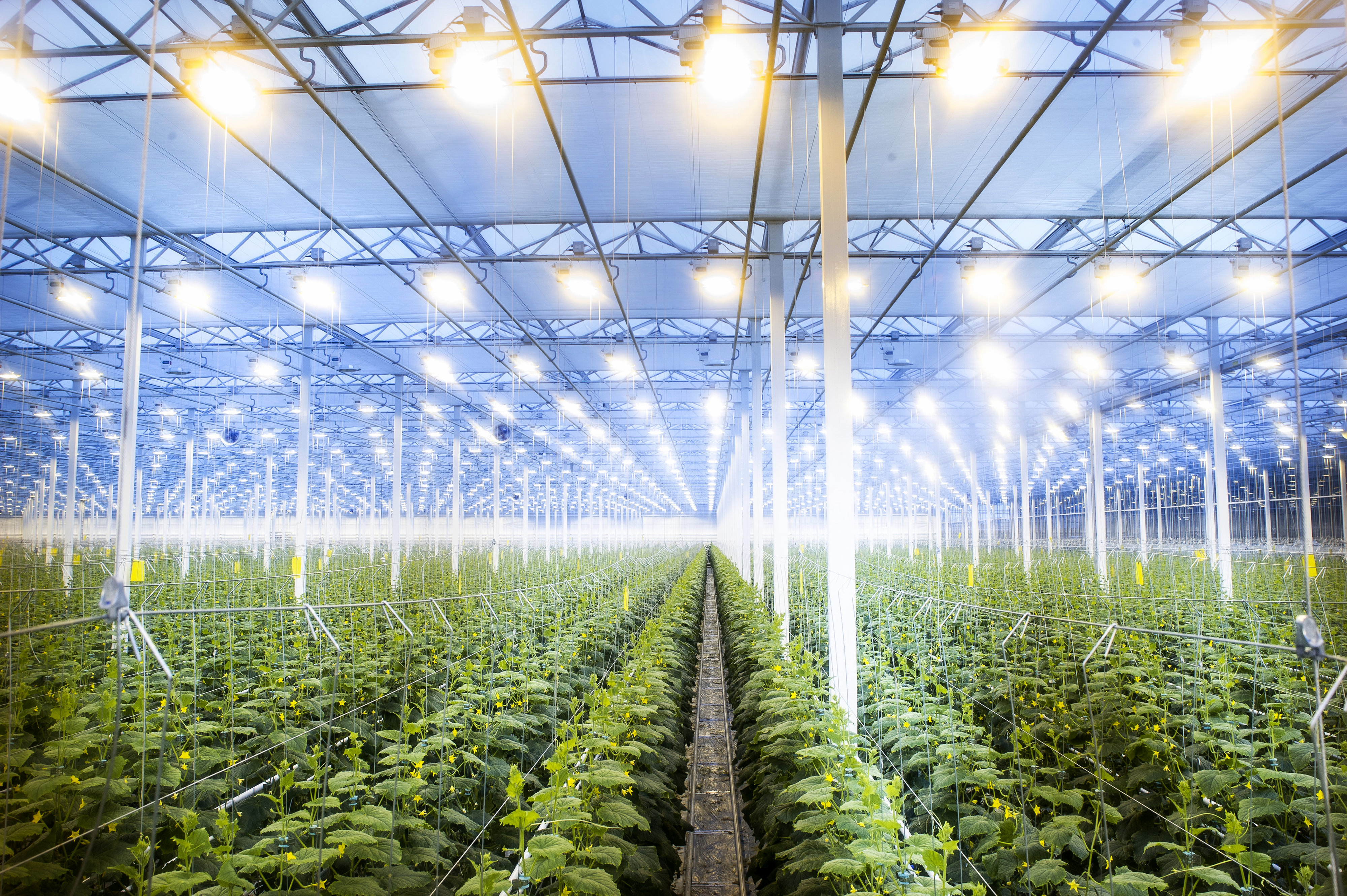 When it came time to select an energy curtain for their greenhouse expansion which would incorporate cutting-edge greenhouse technology, Big Marble opted for Svensson’s Luxous 1147 FR screen for its maximized light transmission capabilities. When asked what the main goal the operation was hoping to achieve with the potential for greater light transmission, Big Marble's President and longtime family grower Ryan Cramer answered, “More light, more production! Our goal is to increase our production potential.”

The nearly invisible Luxous energy-saving screen plays a significant role in enabling the operation to operate 365 days a year. When outside temperatures fall below 15°C in darker months such as December, Big Marble typically closes the screen throughout the day. At night the screen is also usually kept closed for purposes of maximizing energy savings. “In the cold winter months, our Luxous screen allows us full climate control in the greenhouse,” Cramer mentions.

While the city of Medicine Hat is home to a cluster of other greenhouses, what sets Big Marble apart from other neighboring operations is their ability to put fresh produce on consumer’s tables year- round. This idea of being able to provide consumers with the freshest produce on a year-round basis is the drive behind everything Big Marble does.

“More light, more production! Our goal is to increase our production potential.”

"Our vegetables are produced using the best technologies that the market has to offer. From high-wire growing to the use of lights and screens, these technologies equip us to grow fresh, local produce all winter long,” says Cramer. Even during the snowiest winter months, Big Marble Farms takes full advantage of the sunshine. “Most of the surrounding operations don’t utilize climate screens and don’t have lights or a structure with the height that we do,” adds Cramer.

The ability to produce premium produce 365 days per year has been an enormous opportunity for Big Marble, allowing for a competitive advantage to secure new large-scale contracts. Cramer notes, “With consistent winter production, we were able to approach major local retailers with enough volume to supply cucumbers and TOV tomatoes to our retailer's customer base throughout western Canada. Today, we’re present in over 200 Sobey and Safeway stores thanks to our ability to supply fresh, local produce no matter what season it is!”

Traditionally, consumer access to locally grown vegetables during the winter months has been unprecedented. The primary winter alternative to home-grown Alberta veggies has historically been Mexican, Spanish and even US vegetables which often sit on trucks for days before hitting the shelves. Contrary to this, Big Marble's locally grown produce spends more time ripening on the vines and less time sitting on trucks, giving consumers fresher and higher quality produce at their local Alberta grocery stores.

“The ability to extend the growing season and offer product in the winter months is huge,” says Cramer as he reports that the feedback has been nothing short of positive thus far. It’s no surprise that the future of Big Marble Farms is bright as they expect to continue expanding and producing year-round on an even larger scale, giving customers even more ‘Made in Alberta’ options during the winter season.