How Looije is continuously growing in Spain

Most of the greenhouses in Spain are covered with plastic. The glass greenhouses type Venlo are as good as unknown. The tomato producer Vincent Looije, from the famous Dutch hydrangea dynasty, is building new greenhouse complexes in Águilas in the Spanish way, but using Dutch knowledge.

Two vivacious eyes spy from the greenhouse, then a loud laugh is heard and with a height of almost two meters there is no doubt: Vincent Looije is in the greenhouse. He speaks and jokes in an agile Spanish with Rebeca Gallar, technical director of Looije Águilas S.L., and sometimes picks up his cell phone to call. More than once he will say that he has embraced Spanish culture. Don't call him boss, president or director: "Farmer fits more with me. Cultivating is my thing." He was also portrayed by writer and journalist Annemieke Hendriks in his book De tomaat en de bizarre wereld van vers voedsel ("Tomato and the strange world of fresh food"). Vincent says: "Our mission is to make the consumer enjoy healthy food. In addition, we try to do something for humanity, make a contribution." 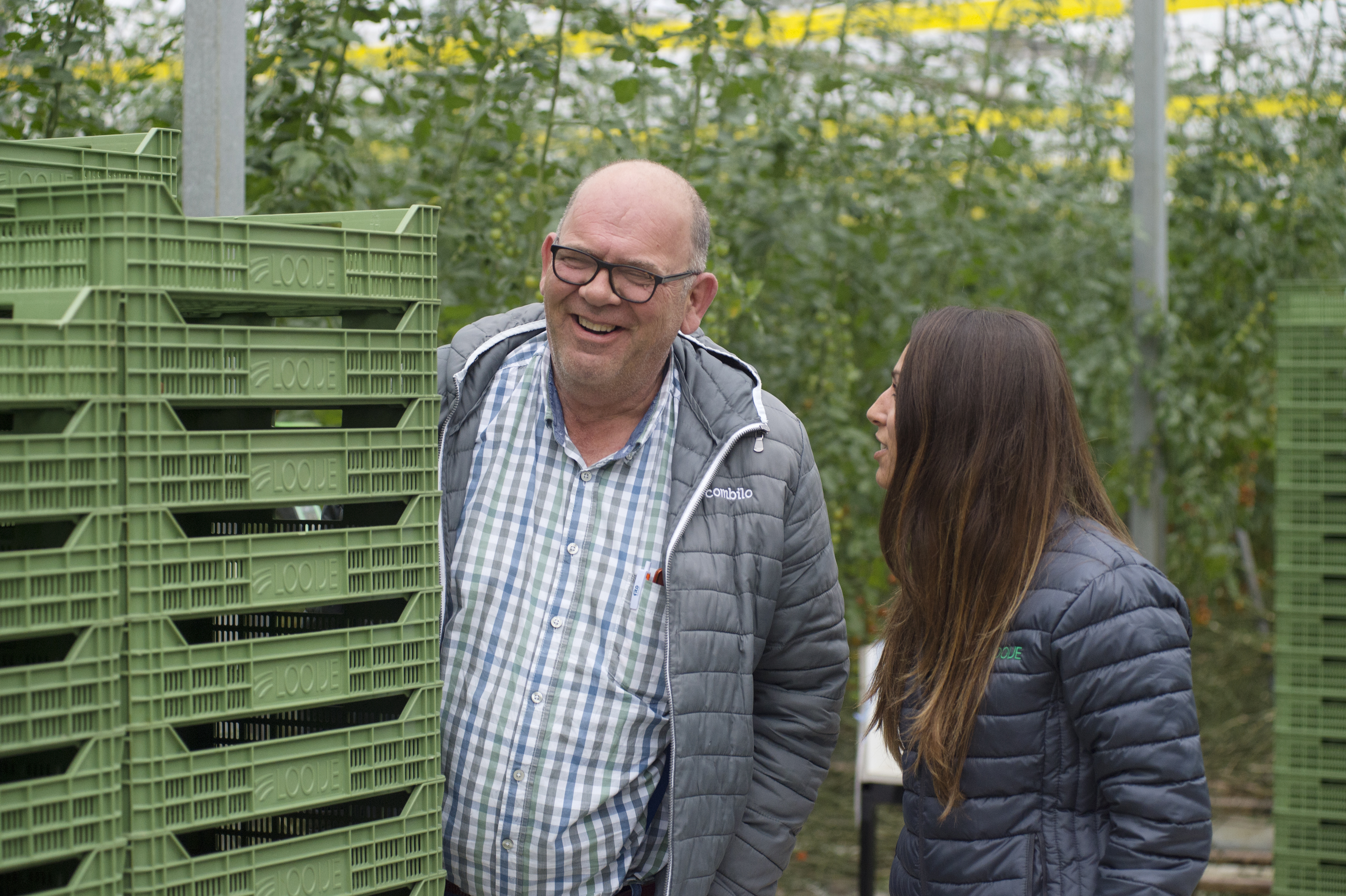 In Looije OPFH are associated twelve Farmers in the area surrounding Águilas, a municipality between Almería and Murcia. It is a kind of cooperative. "The goal is to grow high-quality cherris tomatoes. The important thing then is the taste and not so much the amount. Collaborating we get it," explains Vincent Looije, sitting in the afternoon sun on a bench in front of his greenhouse. When it comes to quality thinking, he has a lot in common with his brother Jos, who stomps in Holland with his Honingtomaten ("honey tomatoes") and Joyn tomato.

The two brothers started in Águilas with the turn of the century to grow tomatoes twelve months a year. "Then in Holland we were still growing without lighting. That's why in winter we grew our tomatoes in Spain," says Vincent. "In 2017, Spain separated completely from the Dutch mother house, Looije Kwekers.
We are totally independent. Since then we have built a good company, but when we started here it was very difficult. The break came when we decided to go only for the quality of loose round cherris tomatoes and leave the large quantities to others. Our products go to cutting plants where ready-to-eat salads are made for supermarkets. Therefore, the tomato has to be flawless."

Quality is before growth

Looije tells his story in front of the greenhouse where it all started twenty years ago. Now there are two greenhouse complexes on the ground that add up to 8 hectares between the two, but there is no room to continue growing. It is a problem that many Spanish farmers struggle with. While the Netherlands tries to obtain the maximum possible number of kilos of one hectare with new technologies, the Spaniards seek above all to add plastic greenhouses. This part of southern Spain is rightly called "the sea of ​​plastic", because we are talking about 32,000 hectares of greenhouses.

For this reason, Looije bought in the area a land of 27 hectares in January last year. "We are going to build complex phases of greenhouses of a total of 18 hectares. This year we started with the first extension of five hectares," he adds. "The pace will depend on the wishes of our buyers. Growing up is not the goal. Maintaining quality is what it is for us."

The company has also invested another 4.5 million euros in a packing and loading station for packaging and storage for its subsequent transport 7 million kilos of cherris Sarita tomatoes a year. "Approximately 30% of our production goes to Holland. The rest goes to other countries in Europe and stays in Spain." 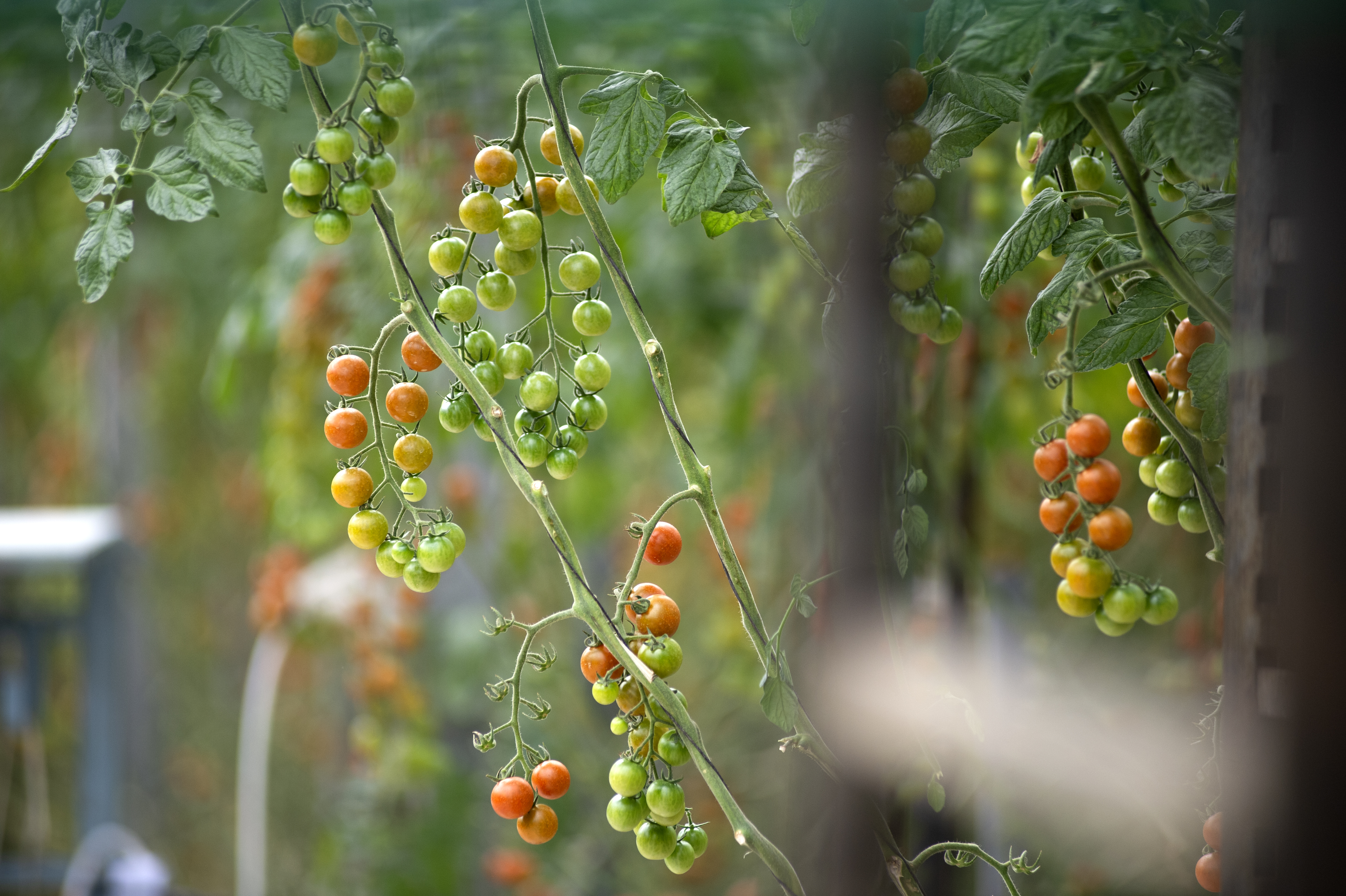 "No, everything is going to be plastic," Vincent replies when asked if everything is going to be done to the Dutch, specifically, the glass greenhouses type Venlo. A story is told about a conversation with the largest tomato producer in Spain. "They often get the highest yield from plots in which the tomatoes are outdoors." By that means that not everything has to be high tech to be able to continue producing. "Here the glass is unusual. In that aspect I am totally integrated with the Spaniards. But, in addition, we are modern compared to other producers. With our way of cultivating we are between Holland and Spain. We use different types of screens, such as Luxous, to save energy and increase the night temperature Climate control is the key to a uniform growing environment, especially at night we don't want a big temperature drop, so we also turn on the heating, and we also use CO2 and grow on substratum". Thanks to this, Looije OPFH is one of the most modern producers in Spain, while the rest are scarcely technological: without heating and on the ground.

At the end of his conversation, Vincent emphasizes that his company is not "any island", but is fully integrated into the social structure. "For this reason, I work with suppliers and builders of local and regional greenhouses."