“Surface does not count. It is about the quality.”

Swedes love Cees and Nynke Groenewegen tomatoes. Karintorps Tomater, a greenhouse of less than half hectare, is where 21 different types of tomatoes are produced during the growing season. Their products do not only end up at retailers and supermarkets nearby, but also to chefs at restaurants in the Swedish capital, Stockholm.

For Dutch cultivators starting abroad, the size of the greenhouse is often important; recreating the Westland or Oostland model across the border by placing 20 ha. Cees Groenewegen ignores this trend and does not believe in it. “This is manual labour. Cutting off leaves, placing the branches, ensuring the tomatoes get more light and arranging water and light yourself. This is how I guide them. And it works, nothing but satisfied buyers and consumers visit the store in our greenhouse. I love my plants.”

When he left the Netherlands in 2006 for the tiny Swedish town of Karintorp in central Sweden - to the west from Åsbro and south of Örebro - his friends jokingly appointed him as scout in extraordinary service of Heerenveen, and he may look for Swedish talents for this Frisian football club in the Westlands, Holland. Cees Groenewegen laughs when the interviewer brings this up. “I sometimes watch ÖSK, Örebro Sportklubb, but this is 40 minutes by car. There is not a lot of football around here.” The interviewer assumes that the wish of Riemer van der Velde, the charismatic former president of SC Heerenveen, has not come to fruition. Heerenveen will need to do its own scouting. 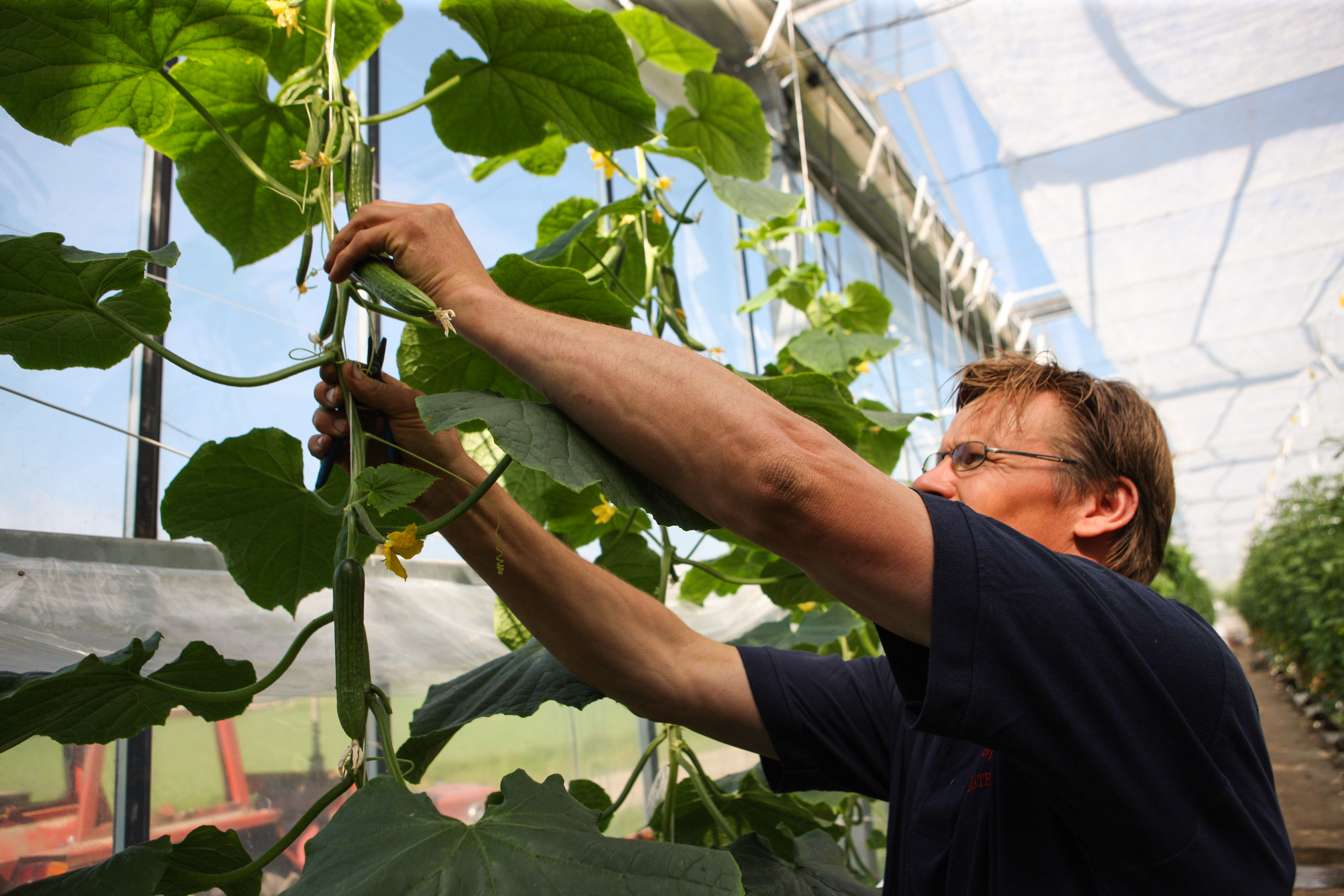 Tomatoes need at least 1000 joules per day, but this is between 0 and 20 joules on bad days. “I have learned to accept it,” says Cees with some resignation. “I have to accept that my tomatoes don't grow as fast. This area is approximately a month behind the Netherlands. I sometimes complain about the weather, but we keep on going.”

But why did Cees and his wife Nynke and his three children move from Sexbierum in Holland to the emptiness of the Swedish landscape? After all, he was employed by a sweet pepper grower in this Frisian place and stems from a grower family from the Westlands. “I was self-employed for a short period when I moved to Sexbierum in 1991. Entrepreneurship seemed really attractive again, but it's very expensive to buy or build a complex in the Netherlands. At one point, an advertisement in the trade magazine Groenten & Fruit (GFactueel.nl/red) caught my eye. A greenhouse and home were offered for sale. To summarise: we spent our holiday in Sweden and visited the greenhouse. We couldn't say no, and left for Karintrop in 2006.” 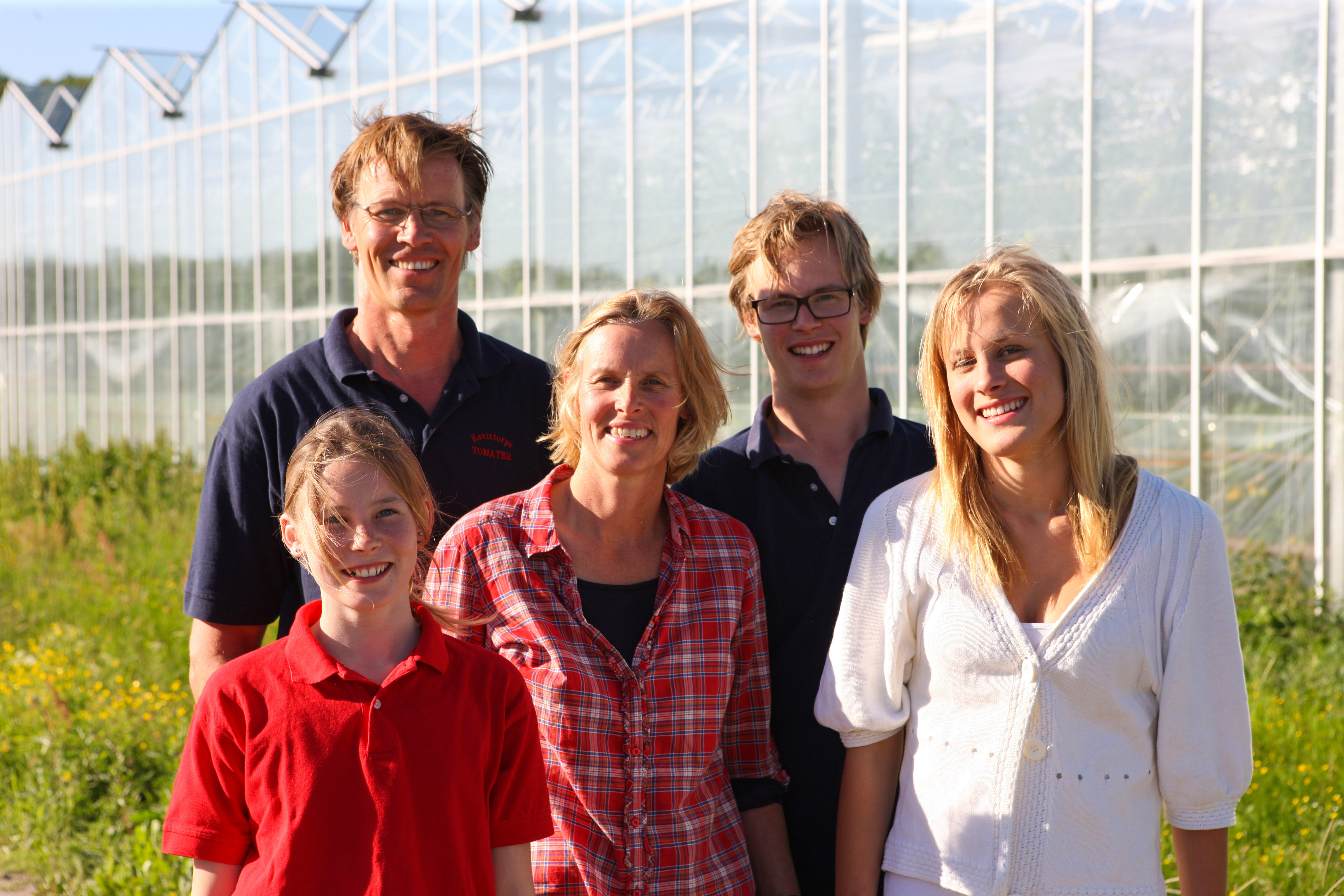 There is no Rabobank to support you in Sweden, like in the role of  the main financier of horticulture in the Netherlands. Cees tells that it was quite a challenge to finance his wish. Ultimately, it was Handelsbanken which financed the purchase and the partial renovation. “Purchasing in Sweden is still considerably cheaper than in the Netherlands.” He expressly tells, even though he had never been to Sweden before, it was not a “No going back" story, as seen in Dutch television programmes like “Helemaal ‘t Einde". “We made a conscious and considered decision. It was certainly not an ‘escape’ from the Netherlands. I wasn't starting in an unknown sector. Sweden is a good country and the economy is doing well. The area where we live and work is quite densely populated in Swedish terms.

His three children now speak fluent Swedish and they frequently help their mother and father correct letters and emails. “Swedish can be quite tricky, but speaking it is going well.” Sometimes it is like Frisian. People who visit our greenhouse store to purchase our tomatoes talk with us and compliment the quality, since that's what counts: growing the tastiest tomatoes.”

The plants come from Plantenkwekerij Vreugdenhil in the Netherlands, as does the rest of the greenhouse materials. The coconut mats, for example, come from Van der Knaap Groep and are planted in the greenhouses in the months of January and February. The Karintorps website  shows four large and seventeen small types of tomatoes with different characteristic flavours and striking colours. It is very reminiscent of the work of glass horticulturist Mats Olofsson of Vikentomater.

In a previous edition of Telen&Trends, this Swedish grower in the town of Viken explained why he has 8 types in his greenhouses: for the consumers of the tastiest tomatoes. He said: “Surface (less than 1 ha/red) does not matter. It is about the quality of what you grow. We are very good at this. We grow very tasty and sometimes unique tomatoes. It is true that I only have 20 plants of some types. But if chef Tareq Taylor or consumers want them and are willing to pay for them, I will grow them.”

This also applies for Cees. He wants to thoroughly know his consumers. And this works: the Swedish consumer is willing to pay extra for extremely tasty tomatoes and even chefs in Stockholm use his fresh products. “Word-of-mouth turned us into what we are today. We deliver boxes of various types, but also a mix to local supermarkets and vegetable shops in a radius of 150 kilometres. We used to take care of these orders ourselves, but expansion forced us to outsource this to a special carrier", tells Cees with pride.

The family finished the eleventh growing season in Sweden and is prepared for number twelve. When asked to reflect on this period he quickly answers  “With very great pleasure. The products we grow are valued and we make money. This allows us to pay back our loans and make investments for the future. We want to expand, but it will remain modest, nothing major. I also want to place a second energy screen and invest in a wood burner which heats the greenhouses, since the climate is different than in the Netherlands.” The weather in this northern part of Europe is colder and more erratic than in the Netherlands or on the southern coast of England. There are days on which Cees must melt the snow from the glass to allow the necessary light in.

For good cultivation, tomatoes need at least 1000 joules per day, but this is between 0 and 20 joules on bad days. “I have learned to accept it,” says Cees with some resignation. “I have to accept that my tomatoes don't grow as fast. This area is approximately a month behind the Netherlands. I sometimes complain about the weather, but we keep on going.”

Tomato grower Karintorps Tomater throw nothing away. Tomatoes that fail to meet the high standards of grower Cees Groenenwegen are sent to the neighbours Helena and Erik Angelsten of Karintorps förädling AB. They have been making tomato dressings, jams and chutneys for dinner or BBQs for years. Cees Groenenwegen: “Swedes like these products and their originality. We sell these products in our store, but also in stores nearby. Helena and Erik and Karintorps compliment each other, because both companies have the same goal, pursuing the highest quality.”