In the majority of cases energy screens are installed in order to reduce energy bills. Not only do energy screens help cut costs, they’re a useful tool that can influence the greenhouse climate. 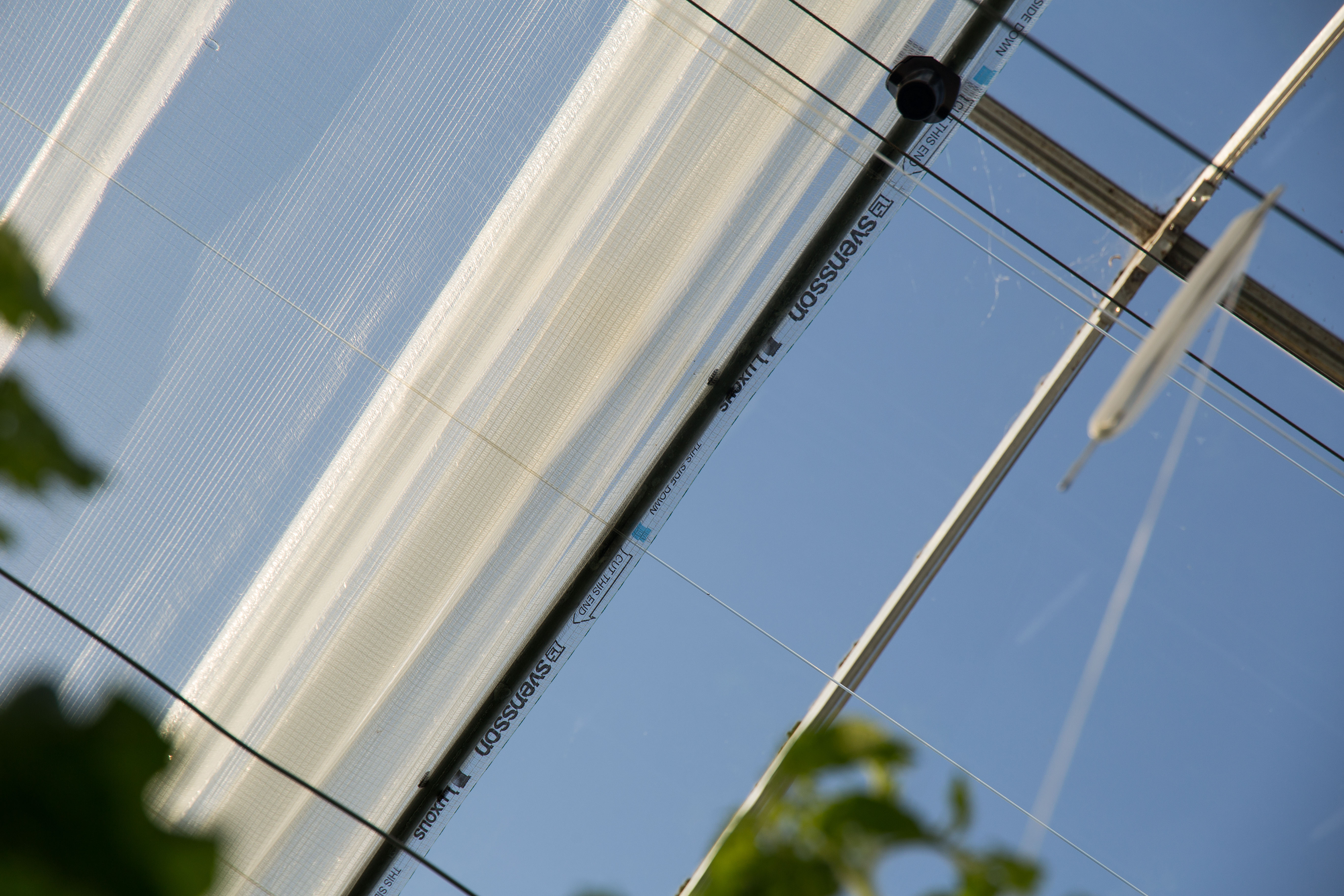 With a Luxous screen the humidity level in the greenhouse can be raised, which can be helpful at the start of cultivation, after planting. In addition high pipe temperatures can be prevented, creating a micro-climate that’s not as dry for the plants. The energy screen can also be used as a solar protection screen on summer days with a high level of fluctuating solar radiation, preventing growth stagnation and plants becoming stressed.

On the basis of information provided by Het Nieuwe Telen (The New Generation of Growing) a new function of climate screens has been added, namely the prevention of energy radiation. If the greenhouse roof gets colder than the head of the crop, the crop will radiate energy and its temperature will drop. This “cold head” is undesirable as it reduces growth and can lead to the formation of condensation on leaves and fruits, resulting in quality issues. Closing the protective screen means that the plants no longer “‘see”’ the cold greenhouse roof, but see the warmer protective screen instead. The energy radiation will be less and the effect of the screen is maximazide on clear nights.

During a cucumber test at the GreenQ Improvement Center in the Netherlands in 2015 the two installed Luxous screens were closed on clear nights to prevent radiation. The test took place during which time saving energy was not necessary. 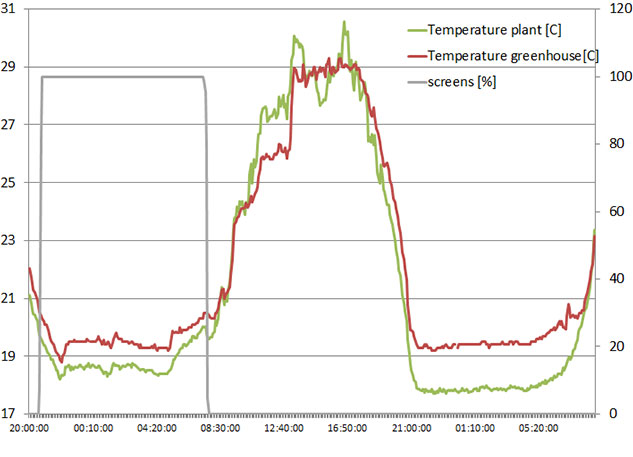