Lars Kjelin was born and raised in Gothenburg. By chance, he ended up at the Swedish Textile Institute (now the Swedish School of Textiles in Borås), which made a deep impression on him. A period spent working as a trainee at Kinnasand opened up Lars’ eyes to the beauty and possibilities of textiles, and this period influenced him greatly. Here, he also had the opportunity to get to know his great role models Ingrid Dessau and Lars Bejne.

In the mid-1970s, Lars got a job as a designer at Säters Väveri in Dalarna. During this period, he also developed an interest in environmental issues though his contact with anthroposophists and the nascent practice of biodynamic agriculture. A few years later, Ivan Ludvigsson called Lars – and Lars seized the opportunity. He moved south to become a woven textiles designer at Svensson.

In 1984, Lars and a colleague launched the Svenska Tyger brand and bought a small furnishing fabric factory. Building up a new collection and brand from scratch was an enormous challenge, and provided a wealth of knowledge and experience in preparation for Lars’ current role at Svensson. 2006-2014 Lars was Design Manager at Svensson, and lead our day-to-day work with a steady hand and a creative touch. 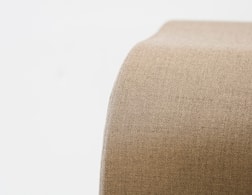